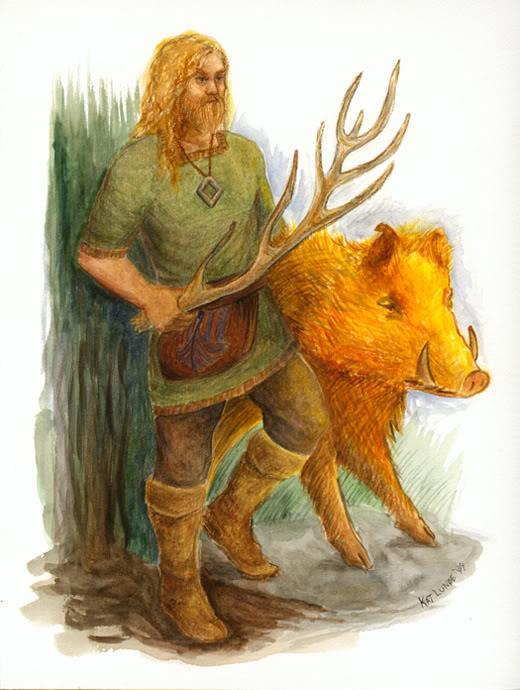 Freyr (Frey, Ing or Lord) is one of the most important Gods of Norse paganism. Freyr was associated with sacral kingship, virility and prosperity, with sunshine and fair weather, animals and was pictured as a phallic fertility God.


In the Icelandic books the Poetic Edda, Freyr is presented as one of the Vanir, the son of the sea God Njord, brother of the Goddess Freya. The Gods gave him Alfheim, the realm of the Elves, as a teething present. He rides the shining dwarf-made boar Gullinbursti and possesses the ship Skidbladnir which always has a favorable breeze and can be folded together and carried in a pouch when it is not being used.


The most extensive surviving Freyr myth relates Freyr's falling in love with the female jotunn (giantess) Gerd.  Freyr immediately falls in love with her and becomes depressed and taciturn.  After a period of brooding, he consents to talk to Skirnir, his foot-page.  He tells Skirnir that he has fallen in love with a beautiful woman and thinks he will die if he cannot have her.  Eventually, she becomes his wife but first Freyr has to give away his sword which fights on its own, "wise be he who wields it". Although deprived of this weapon, Freyr defeats the jotun Beli with an antler.  Many scholars interpret the story as a legend about the wooing of the frozen Earth (Gerd) by the warm Sun (Freyr).  However, lacking his sword, Freyr will be killed by the fire jotun Surt during the events of Ragnarok.


Written around 1080, Adam claimed to have access to first-hand accounts on pagan practices in Sweden. He refers to Freyr with the Latinized name Fricco and mentions that an image of him at Skara was destroyed by a Christian missionary. His description of the Temple at Uppsala gives some details on the God.


"In this temple, entirely decked out in gold, the people worship the statues of three Gods in such wise that the mightiest of them, Thor, occupies a throne in the middle of the chamber; Woden and Fricco have places on either side. The significance of these Gods is as follows: Thor, they say, presides over the air, which governs the thunder and lightning, the winds and rains, fair weather and crops. The other, Woden—that is, the Furious—carries on war and imparts to man strength against his enemies. The third is Fricco, who bestows peace and pleasure on mortals. His likeness, too, they fashion with an immense phallus." 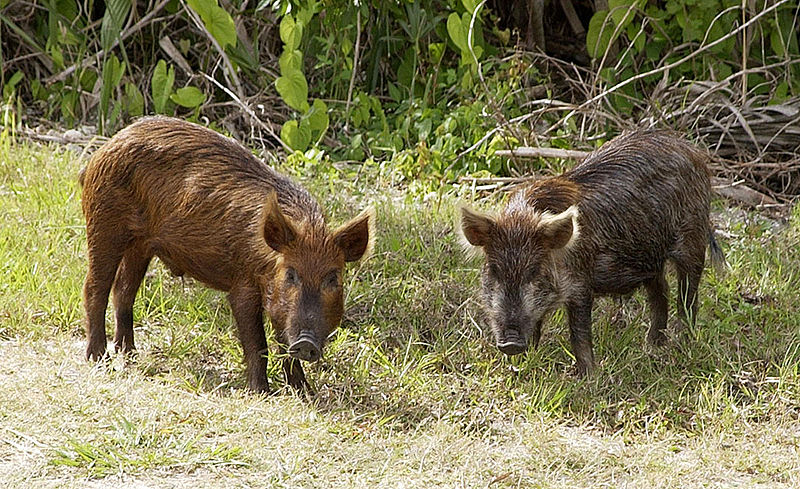 In the Gylfaginning section of his Prose Edda, Snorri introduces Freyr as one of the major Gods.


Njord in Noatun begot afterward two children: the son was called Freyr and the daughter Freya; they were fair of face and mighty. Freyr is the most renowned of the Æsir; he rules over the rain and the shining of the sun, and therewithal the fruit of the earth; and it is good to call on him for fruitful seasons and peace. He governs also the prosperity of men.


In winter, a sacrificial boar was offered up to the God Freyr. The pagan custom is still remembered in many countries at Yule or Christmas where roast pig, pork or ham may be the festive dish.  In Sweden, Yuletide cakes are baked in the shape of a boar.

Praise Be To Freyr!

Praise Be To Freyr!
To Life, to Spirit, to Freedom!
Praise be Green Hills and Verdant Valleys Forever!
Fertility to the Fields and Flowers!
The Birds and Bees!
The Deer and the Does!
Praise to Dancing and Drinking!
To Frolicksome Freols!
Lifter of Hefts and Hafts!
Unbinder! Lord of the Elf Fields!
May my life be a tribute to the Freedom you o'ersee!
May my life be filled with your festivity and frith!
Praise Be to Freyr!
The Mighty Elf Lord of Freedom!

Who Are Your Divine Friends?

Expanding the Blog!!! The blog, Nordic Wiccan, was started four years ago. Last year the blog gained a published book, 'Who are your Divine Friends?'. And now the blog has a Facebook page!!! Tips, snippets and shared information all in one place - Thank you to all who have supported the Blog and Thanks for reading along! Blessed Be! Alu!

Who Are Your Divine Friends?